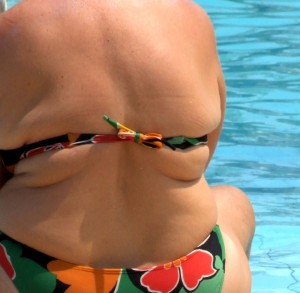 The evidence that humans are getting fatter is rather apparent. Though it’s most noticeable in western countries, with the USA at the forefront, it’s also occurring in other regions of the world such as India and China as well as parts of Europe. What’s particularly alarming is the number of children and teens that are obese in America. Factor in the cases of type-2 diabetes, and even high cholesterol among this age group, and the cause for concern greatly escalates.

Projecting out a few decades, it’s not too difficult to imagine the increase in health care costs to treat these at-risk young people once they reach adulthood. The question that needs to be addressed is why is obesity on the rise in both adults as well as in children and teens?

It’s been observed that obese women are giving birth to obese offspring. The health risks for both mother and fetus are increased when the mother is obese [1]. It’s possible that the trait of obesity is being passed on to subsequent generations, however, it becomes quite literally a “chicken and the egg” paradox as to what’s turly behind this disturbing trend. Perhaps the search for an answer should begin with uncovering why, as a society, Americans are becoming heavier and unhealthier. 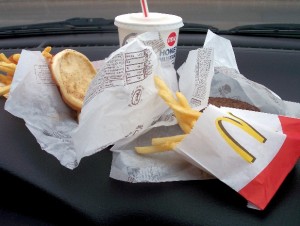 Triple cheeseburgers, buckets of greasy chicken, and the obligatory super-sized soft drink to wash it all down with are what make up the typical fare at most fast food establishments. I’m old enough to remember when a McDonald’s was a rare sight in many towns and eating there was just the occasional treat after a movie or night out bowling.

They also didn’t have much competition unless you included diners and cafeterias. Back in the “Good Old Days”, most families still ate the majority of their meals together around the kitchen table and children either brought packed lunches to school or purchased, what was for the most part, a well-balanced school lunch.

Fast forward a lot of years to today and the landscape is vastly different.

Fast food chains of every variety are crammed along thoroughfares next to one another and many of us are now eating more and more of our meals at these places. The convenience and comfortable predictability of this way of eating becomes a very stubborn habit to break free of.

Fast food by design is created to have you craving more. Fat, sugar, and salt are all appetite stimulants and all are found in most fast food menu items in abundance. To make matters worse, fat is very calorie dense at 9 calories per gram and when you liberally sprinkle in loads of sugar in the way of soft drinks and dessert items, you quickly find yourself consuming more calories than you should be at a single meal. As the habit grows, the more you find yourself craving this kind of appetite-stimulating, calorie dense food.The average fast food meal ordered by adults contains 836 calories [2]. That may not seem like a lot, but when you factor in the other two meals of the day along with snacks and soft drinks, it’s not hard to get the daily total up around 3000 calories – more then most sedentary people require to maintain their basal metabolic rate.

Lack of Exercise and Technology Advances 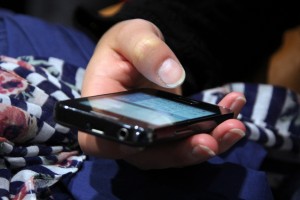 It’s no revelation that as a society, Americans don’t engage in enough physical activity in order to maintain a healthy body weight and it goes beyond just jumping around in an aerobics class or heaving weights off our chests. Back in the “Good Old Days”, and this time long before even I took in my first breath, people used the muscles of their bodies a whole lot more.

People thought nothing of having to walk just about every place they needed to go. Cars and public transportation were for really long excursions. They also had to move a lot more in general because the modern machinery and technology that we have today didn’t exist back then.

For the average family, calories consumed and expended either balanced out or were in a slight deficit so it was rare to encounter extremely overweight people. And yes, despite what passes for Gospel in some nutritional quarters (extreme low-carb), calories do matter.

Fast forward our time machine again back to today and we now find that too many people take in way more calories than they expend in the course of a typical day. It eventually reaches a point where getting things back into balance is an almost impossible task. Overcoming the inertia of a sedentary lifestyle combined with unhealthy eating habits is often more than most overweight people can deal with. It’s much easier to give in and continue on as usual since forcing yourself to diet and dragging yourself into a gym to be tortured by a Sadistic personal trainer isn’t going to make much of a difference anyway, so why suffer?

A Busy Society with Less Time 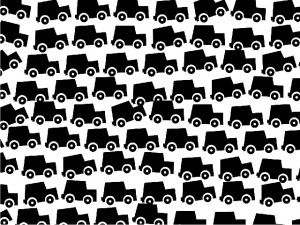 If the technology boom has been partially responsible to our declining activity levels, it’s also in part responsible for placing additional demands on our time as well as our immune systems. This all goes hand in hand with more demanding workloads, caring for children, and taking care of the daily responsibilities of life. You would think that these additional activities would actually help to burn more calories and at a certain level they do, but the downside is that individuals and families who are stretched for time also look to saving time when it comes to meal preparation and eating.

We’ve already touched on the fast food takeover. This habit is further fed by the general lack of time in today’s society. Eating out in general, beyond fast food joints, also becomes more common when time is at a premium. Though the menu choices may be somewhat healthier at “sit down” restaurants, what people actually select and the over-sized portions at many of these places often don’t work out to be much healthier than fast food.

And it’s not just eating out too much that gets us into dietary trouble. An over-reliance on highly-processed foods isn’t helping. You know, the stuff that comes in a box or plastic package. Many times it will even be touted as being low-fat, low-calorie, or even low-carb, but it’s certainly not a “healthy choice.” A quick check of the nutrition and ingredients labels should provide a quick tip off that things aren’t as advertised. Many times the first three ingredients (largest proportion of ingredients) contain sugar, high fructose corn syrup (aka sugar), vegetable oil (mostly likely containing trans fat if partially-hydrogenated), and white flour.

Stress and Not Enough Sleep 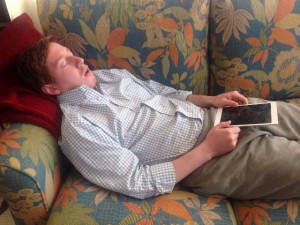 Along with our fast-paced, modern, tech-driven society also comes additional stress. This is also part of having less time to get things done. Our precious free time is also being whittled away – time in which we need to decompress and simply relax and enjoy the good things in life. Stress, besides being a silent killer that plays a role in hypertension and even psychological disorders, also has been shown to be an underlying cause of overweight and obesity due to stimulation of the “stress” hormone, cortisol [3,4].

If this wasn’t enough, there is also evidence to suggest that not getting sufficient sleep may contribute to our bodies laying down fat deposits. Just how much sleep is considered sufficient? Turns out that the old admonition from our parents to get 8 hours is what’s required to be on the safe side, but who really has the time to get a full 8 hours? Sometimes it just seems that the entire world is conspiring against us when it comes to maintaining a healthy body weight! 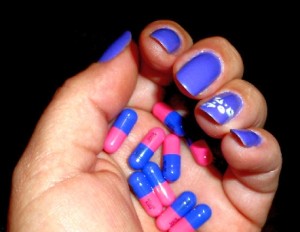 If all the factors mentioned previously weren’t enough to make us tune out all the dire warnings and just curl up with a half-gallon of chocolate chip cookie dough ice cream, there is also the ever present industry of false hope that bombards us from every angle.

The diet pill and weight loss supplements industries are booming – along with the nation’s waistlines. We really need to pause and ask ourselves why this is. There are certainly no shortage of miracle prescription diets pills along with herbal supplements like acai berries, colon cleanse capsules, green tea supplements, ephedra supplements, and the list goes on and on.

Have you ever personally met or known anyone who has lost significant weight on any of these products and kept it off? It seems the only ones who claim to have lost weight as a result of using these products are the fake people in the fake blogs and fake news articles that pollute the Internet.

Losing excess weight in the form of fat loss and keeping it off is not an easy process – at least not as easy and painless as these “Miracle Diet Pills” would lead you to believe. But it also is not as difficult as you’ve probably led yourself to believe if you choose to go the route of a healthy and practical eating regimen that you can follow for the rest of your life in order to keep the excess pounds off.

It takes some effort and determination as well as planning, but the rewards will last you a lifetime. Hopefully, a lifetime that is both long and healthy!

Below are a few suggestions for getting on track for cleaning up your eating habits as well as fortifying yourself against the slings and arrows of daily living: