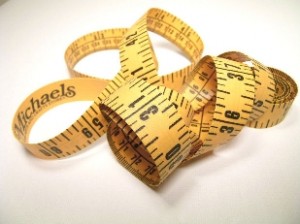 I’ll start out by saying that I’m not a big fan of so-called “reality” TV shows, though I will confess that I used to enjoy watching the early episodes of The Osbournes. It probably was because I was a big fan of Black Sabbath when I was younger and I also found some humor in the show. It was funny to see “The Prince of Darkness” stumble and mumble his way through suburban living never quite seeming to believe this is where he ended up. As for the rest of the genre, no thanks, I’ll take a pass. It does seem that I’m in a distinct minority on this score however.

One reality TV show that is wildly popular and has completed its 13th season is NBC’s The Biggest Loser. In the interest of full disclosure, I’ve never watched an entire episode all the way through and probably haven’t watched portions of more than a handful of shows. It’s not that I don’t find the stories inspiring or that I don’t think that the premise of the series is valid; it’s that I take issue with the way the contestants are directed to lose weight.

Boot camp style fitness programs definitely have their place, but to convey the message that subjecting severely overweight and out of shape contestants to grueling physical exertion just sends the wrong message to millions of people hoping to lose weight watching at home. I’d venture to say, that I probably wouldn’t last long on some of those workout routines, but why should I even want to subject myself to that when it’s a totally unnecessary method to lose significant weight?

It’s good that the show also deals with the nutrition side of weight loss, but loses significant points in my book because the emphasis is on very low calorie diets, again, something that I’m very strongly opposed to when it comes to sane fat loss. Throw in the highly competitive nature of the show and it becomes more about “winning” or in this case “losing” at all costs. It’s been reported that some contestants have even resorted to near starvation diets and also allowing themselves to become dehydrated in order to lose a few extra pounds for the next weigh-in. In fact, one contestant from the third season wound up urinating blood because he allowed himself to become so dehydrated [source].

Most nutritionists and reputable fitness trainers advocate losing around 1-2 pounds of excess weight per week. On The Biggest Loser 5 pounds per week is considered failure and is punished with a penalty for such a paltry weight loss. Someone who shares my loathing for The Biggest Loser is Alfonso Moretti at Angry Trainer Fitness and his article on the reasons why “The Biggest Loser” sets the wrong example for people looking to lose weight is well worth reading.

There is no question that as a society we need to do more to take care of our health. This takes the form of eating right, staying active, and living honorable lives. Keeping ourselves fit and also helping others around us to find the best way forward in their own health and fitness quests should be the new priority as the 21st century continues to unfold. The alternative is rather frightening. Shows and other efforts like The Biggest Loser may be aiming for the right goals, but the means they advocate to get there are doing much more harm than good.