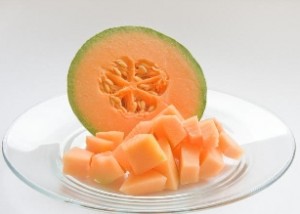 As I write this in the middle of August so many delicious fruits and vegetables are now on the shelves at the grocery store, at road side stands, and at farmers’ markets. I just finished devouring a plate of locally grown cantaloupe chunks to cap off my breakfast. Each bite was an explosion of juicy sweetness that made me both happy and proud to be a resident of Maryland where such healthy goodness comes out of the soil every summer!

Just like so many other things in life that have their season, so do fruits and vegetables. This is a maxim that I’ve come to adhere to with my year round eating plan. It’s one that will keep you both satisfied and well-nourished regardless of the season.

Just to make clear, my perspective is from someone living in the Northern Hemisphere, but this approach to seasonal fruit and vegetable consumption can be followed no matter where in the world you live. Each region has its own growing season and with global commerce, produce can be shipped fresh all over the world. With that in mind, below is a very broad chart of seasonal produce:

Spring – all greens such as lettuce and spinach, green beans, tail end of citrus season for oranges and grapefruits, beginning of berry season for strawberries, raspberries, and blueberries.

Summer – the “bountiful” season for fruits and veggies! Strawberries, melons – cantaloupes, honey dew, and watermelons. Peaches, plums, cherries, and nectarines. Corn and squash such as zucchini, spaghetti squash, and eggplant.

Fall – apples, apples, and more apples! And don’t forget about pumpkins. Squash and melons are still tasty this time of year.

Winter – citrus season! Load up on oranges, tangerines, and delicious grapefruits from Florida!

It’s important to let some of your favorite fruits and vegetables go when it’s not their season. Though some fruits such as bananas and apples are acceptable year round, there are some fruits that should only be consumed fresh when they are in season. As much as I love cantaloupe, there’s nothing worse than trying to choke down a hard and juiceless cantaloupe in the middle of winter! The same goes for grapefruits and navel oranges during the heat of summer. It’s all about going with the flow and adjusting to the natural rhythms of nature!