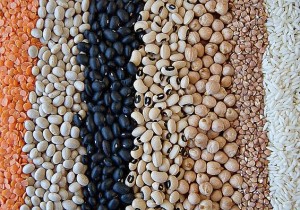 In my posts thus far, there is a character lurking in the wings. This mysterious character comes in the form of a rather simple, nondescript molecule consisting of only four carbons, eight hydrogens and two oxygen atoms. It belongs to a class of chemicals called short chain fatty acids or SCFAs. Oh, and it gives vomit its characteristic smell – gotta love Wikipedia for such facts! Give up? If you guessed butyrate, you would be correct.

This seemingly simple molecule has been shown to have a complex range of actions in “test-tube/Petri plate” and whole organism studies for both humans and mice. It has a wide range of implications for colonic health, glucose and insulin regulation, as well as for weight-loss.

Butyrate is produced in the colon mainly through the bacterial fermentation of non-starch polysaccharides and resistant starch (RS). The production of butyrate will in a large part be dependent on the dietary intake of foods containing fiber, e.g. fruits and vegetables. This may be a concern for those on a low-carb diet since the raw material (fiber) for butyrate production is being restricted.

There are several studies in obese humans showing that fecal butyrate and butyrate-producing bacteria are reduced on low-carb diets [1,2,3]. Why should this be of concern? Well, colonic cells prefer to use butyrate as an energy source. In mice, colonic epithelial cell atrophy can be induced by a no-fiber diet, and to some degree, prevented, by butyrate colonic infusion [4,5]. In other words, adding butyrate via fiber consumption can benefit the cells lining the walls of your colon.

The human studies referenced above involved measuring the butyrate levels of the subjects’ feces. You can feel for the research subjects having the ignominy of being put on a restricted diet and then having to collect their stools in a plastic bag. Not fun. Sympathies also go out to the research assistants tasked with pureeing the stool samples. Not fun x2! 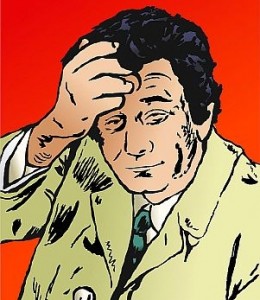 What kept nagging at me was whether fecal butyrate levels were indicative of the actual levels in the colon. After all, given that 95% of the butyrate produced in the colon is absorbed and utilized by the colonic epithelial cells for energy, then very little should appear in the feces. At least one would surmise.

It was very refreshing to find a blog post along this same line of thought. The writer suggests that the reduced butyrate levels in the feces in the low carb situation can just as likely be explained as a greater absorption in the colon. However, unlike in experimental cows where a port can be surgically implanted into the rumen, fecal sampling is the best non-invasive tool for measuring butyrate in humans.

Rich reviewed the movie Food, Inc. awhile back. There is a scene where a researcher is being interviewed next to a cow with just such a port [6]. He reaches into the port and pulls out some of the contents. If I remember correctly, he was trying to associate the emergence of deadly E. coli O157:H7 in cows with corn feeding as opposed to grass-fed cattle. He hypothesized this was due to the unfavorable changes in the gut biome. 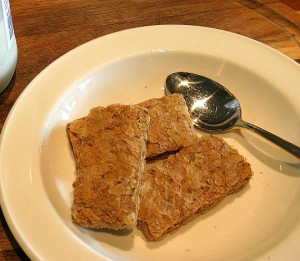 Regarding the topic of gut biome, there are certain species of bacteria in the colon that are good at turning fiber and resistant starch into butyrate. These bacteria seem to thrive on such things as inulin, psyllium, RS, and fructo-oligosaccharides. I know that Rich supplements his low carb diet with a glass or two of Metamucil, which contains psyllium husks as its primary soluble fiber ingredient (70% soluble fiber, 30% insoluble fiber). I think that some low carbers are too restrictive and forget that not all plant-based carbs are equal. Some are necessary for gut health and have a very low glycemic index.

Thanks for mentioning my Metamucil supplementation, Rob 😉 I use it primarily to smooth the elimination process. Even with a higher carb diet, it’s still difficult to ingest sufficient soluble fiber to facilitate things and it’s twice as difficult when you’re older. Hence, a fiber supplement to the rescue. I mix a level teaspoon of Metamucil with a scoop of creatine powder prior to cooking breakfast. It’s a refreshing concoction and the orange-flavored (sugar-free variety) provides a tasty vehicle for the flavorless creatine powder. If I’m experiencing benefits beyond smoother elimination such as lowering cholesterol, better glucose control, and healthier and happier gut microbiota, so much the better!

In reviewing studies, both mouse and human, there seems to be no real consistency in the type of carbs or control for type and amount of fiber and resistant starch used for the experimental low-carb regimen other than it limits carbs to around 25g per day. This places such a diet within the ketogenic range.

Butyrate may also be important to the low carber since there is some evidence (mouse and test-tube) that it influences the production of a certain satiety hormone, signaling fullness, as well as a metabolic hormone that lowers blood glucose [7,8].

Much attention, both mainstream and academic, has focused on the role of butyrate on colon cancer. 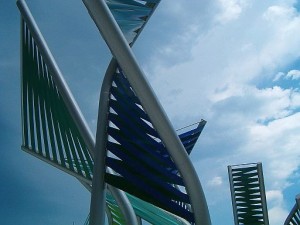 In the test tube, butyrate is capable of interacting with the colonic cell’s DNA to influence such things as cell division, growth, differentiation, and death. All these have implications for both cancer prevention and promotion. The review article, “Does Butyrate Protect from Colorectal Cancer?” showed mixed results in animal models [9]. One problem with these studies is being able to know whether the butyrate administered managed to get to targeted cells in the colon.

In a mouse model, colitis (inflammation of the colon) was chemically induced and then reduced by giving butyrate enemas. I wonder what a mouse enema looks like. Interestingly, there was a human study conducted in the Netherlands where butyrate enemas were given to patients with colitis. No improvement was noticed [10].

Given that butyrate has the potential to stimulate colon cell proliferation, this can have implications both for repair as well as for uncontrolled growth (cancer).

Since it seems like there is always somebody out there trying to cash in on the latest health craze, I searched for butyrate supplements. Keep in mind that butyrate taken orally wouldn’t make it to the colon. However, if the supplement is enterically coated it might or might not get there, but it would be a necessary prerequisite. It didn’t take long to find some products.

I can envision the day where boutique spas will spring up offering butyrate infusion services: Gisele Bundchen fecal transplants and butyrate enemas all the while sipping super-resistant starch smoothies, anyone? Take a few minutes to watch the video below are a great visualization of the gut microbiome and the action of butyrate, just try to overlook the narrator’s pronunciation of “intestine.”