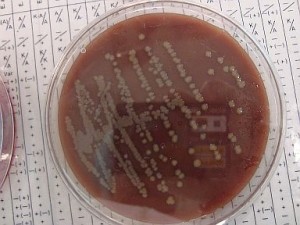 The topic of “gut bacteria” has hit the mainstream media like an outbreak of the Norwalk virus on a Paleo cruise ship. The headlines are screaming that bad gut bacteria are making us fat, insulin resistant and the cause behind metabolic syndrome. Likewise, we are hearing the panacea claims for cultivating good gut bacteria: weight loss, insulin and glucose normalization, reversal of type 2 diabetes, and more. This post will be geared towards those following a low-carb diet and will discuss the practical implications of gut microbiota with respect to weight loss and blood sugar control. A more thorough discussion of this topic can be found at the following reference [1].

The fact that human feces are made up of 55% bacteria (dry mass) should give one pause to reflect on this amazing fact prior to hitting the flush lever [2]. In fact, our lower intestinal tract is teeming with bacteria comprised of a wide variety of species. This is referred to as the gut microbiome, and thanks to modern DNA technology, is being mapped like the human genome [3]. 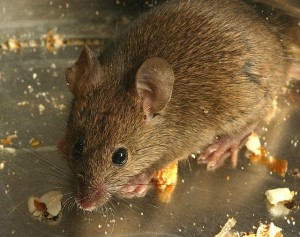 The furor over good and bad gut bacteria comes from mice studies showing that mice implanted with feces from obese mice became obese. This was not the case with fecal specimens from lean donor mice [4]. The bacterial species vary in relative amounts with one type present in a lesser ratio in obese mice. This difference in bacterial ratios has also been found for humans [5]. For simplicity’s sake, we’ll call this either “lean bacteria profile” or “obese bacteria profile.” 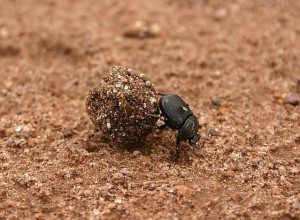 It turns out, that obese bacterial forms that are increased relative to their lean counterparts are efficient at extracting energy from the undigested food matter entering the lower intestinal tract. This extracted energy in the form of short chain fatty acids (SCFA) can then be utilized by the host to pack on pounds [9].

Furthermore, there is speculation that the metabolic byproducts of these bacterial forms can negatively influence the host metabolism causing increases in lipogenesis in the liver, decreases in release of satiety peptides from the intestines, release of inflammatory factors into the bloodstream, just to name a few undesirable consequences. Parasites are notorious for influencing host behavior to ensure their survival and multiplication [10].

I think now would be a good time to take a deep breath. While we have some elegant studies, we’re still left with correlations and a lot of speculation. Always keep in mind that correlation does not necessarily equal causation, unless of course when it does. 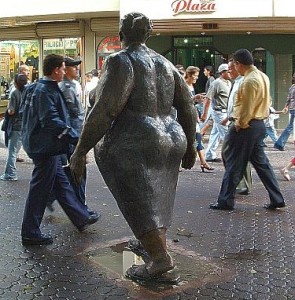 Okay, so you’re thinking all I have to do is take a probiotic containing the good bacteria. However, I’ve been going through the contortions of using the term “obese bacteria profile” and “lean bacteria profile” for a reason.

It is the relative ratios of these bacterial types where the difference occurs, not the absolute numbers.

We are also dealing with an ecosystem as complex as a rainforest. And like a rainforest, the gut microbiome could be catastrophically upset by ham-fisted interventions like taking a probiotic. A cursory look at the probiotics on the market reveals that all contain bacteria in the obese profile category.

There is another important link between gut bacteria, obesity, metabolic syndrome, insulin resistance, high fat/high sugar diet and that is… wait for it… inflammation! Certain bacteria produce lipopolysaccharides that are recognized by the immune system resulting in a cascade of inflammatory reactions [11].

In an earlier post, I talked about berberine and its ability to control blood sugar and positively alter insulin signaling. There is some research to suggest that berberine influences the gut microbiome to shift it towards the lean bacterial profile [12]. Other things that have been suggested for changing the gut bacteria profile for the better are glutamine, green and black tea and some polyphenols [13, 14]. 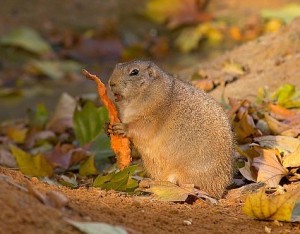 What about prebiotics? In other words, “Is there something I can feed my gut bacteria to induce a favorable ratio?”

Again, we’re dealing with a delicate balance. Just like fertilizer runoff into a lake can cause an undesirable algal bloom the situation may exist where it’s possible to “overfeed” the gut microbiota. This condition is apparent to those consuming high amounts of high-fiber foods and experience undesirable side effects. On the flip side, it may be possible to “underfeed.” One study of a high protein/very low-carb (20g) diet suggests negative consequences for gut microbiota and gut health in general [15] as a result of nutrient restriction. Prebiotics deserve their own scrutiny and will be covered in a future post

What about what not to feed your gut biota?

Many of those following a low-carb diet and dieters in general, consume some form of sweetener substitute as part of their regimen (Full Disclaimer: I despise the taste of all sugar substitutes and that includes stevia, sorry Rich). There are studies suggesting that things like aspartame can shift the bacteria profile to that of the obese type [16, 17]. Low carbers are also fond of coconut oil and tout it, among other things, as an antibacterial. What effect it might have, positive, negative or neutral on the gut bacteria profile? I have not seen any scholarly work in this area, but a whole lot of speculation in the blogosphere leans mostly towards the beneficial. There is evidence that saturated fat changes the gut profile for the worse [18].

No worries, Rob. We’ll just have to go our separate ways when it comes to stevia – I put that shizz on everything! I plan to do a series on sugar substitutes along with an in-depth post on stevia. I am interested in what effects it may have on gut bacteria.

The overarching concept that I took way from delving into this topic: