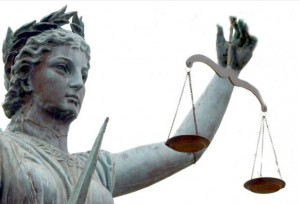 Common wisdom with regards to weight loss and weight maintenance is that as long as our activity level in terms of calories burned either equals or exceeds the amount of calories that we take in from food and drink, then either we maintain our current body weight or we gradually lose weight as in the case of the latter. Total calories consumed are all that matter and where we get them from is of little concern. Unfortunately, this kind of complacent thinking has been a major contributor in getting us to the current “Obesity Epidemic” that we face.

If you’ve ever dieted in the past or just casually studied nutrition, then you’re most likely aware that not all sources of nutrition are equal in terms of calories per gram. Unlike the dictum presented in the opening paragraph, this one is an immutable law of nutrition. Below are the calories per gram of the major nutrients:

If we throw alcohol into the mix (not a nutrient by any stretch) then it provides 7 calories per gram, all of which are empty calories and perhaps also a good reason to limit your intake of alcoholic beverages if only for purely weight-related reasons.

Simply examining carbohydrates and protein in terms of the calories both contain per unit weight can easily lead us to the conclusion that they are pretty equal in terms of an energy source. It is demon fat at a whopping 9 calories per gram that’s the true villain here or so we’ve been led to believe. This fact is what gave rise to the war on fat and the rise in popularity of low fat diets during the 1970s.

Despite an almost religious-like fervor on the war against dietary fat over the years, the results from these diets turned out to be much less than impressive. Most people who went on low fat diets didn’t lose that much weight and few managed to keep the pounds off that they did shed. Perhaps worst of all, low fat, low calorie diets, caused most people on them to feel miserable as a result of feeling hungry and deprived. Definitely not a prescription for a long term eating regimen!

So what kind of alchemy is really going on here if fat isn’t truly the evil doer it’s been portrayed as and perhaps more perplexing, why aren’t carbohydrates the golden food stuff that anchors the base of the “Food Pyramid?”

Though the USDA Food Pyramid contains all the essential ingredients for a healthy and well-balanced diet, the proportions it contains could use a little rebalancing. As the science of nutrition advances and more data is acquired, certain adjustments to the prevailing way of thinking are then required. There is certainly nothing wrong with this and it fosters us all to keep an open mind about important things affecting our health and well-being.

There is mounting evidence that out of control insulin and blood sugar levels triggered by the over consumption of high glycemic index foods such as starchy carbs and refined sugar are the root cause of the Obesity Epidemic plaguing not only America but much of the developed and emerging nations of the world. This is why I’m personally a big advocate for rebalancing the Food Pyramid and also how we view the amount of daily calories we take in from carbohydrates – in particular, starchy carbs and sugar.

While reducing or eliminating highly refined foods such as white flour products and sugar-laden products such as soft drinks, pastries, and candies is a great place to start, we also need to make sure that we don’t “throw the baby out with the bath water” so to speak.

Though most raw fruits fall on the low end of the GI scale, many of the so-called “hard-core” low carb diet regimens advocate keeping fruit consumption to a minimum, at least during the initial phase of the diet. However, when you have a look at the Glycemic Load of most fruit, you’ll find that most have a very low GL.

What can be rather confusing as well as misleading is that fructose, a common simple sugar found in fruit, has a very low GI. It would then seem that loading up on pure fructose would be preferable to overdoing raw fruit consumption. The great tragedy of our time is that fructose in the form of High Fructose Corn Syrup (HFCS) is in a lot of the processed foods that form a large part of the modern diet. Though the concentration of fructose in an apple is low, the amount in sweetened juices and breakfast cereals is many times higher. The Glycemic Load of these processed foods is also very high.

Just as not all calories from the main nutritional sources are created equal, it also follows that not all calories from carbohydrates are created equal. In the previous section we’ve had a look at the GI and then dug a little deeper into carbohydrate food sources by also examining the GL of carbs. I think we can retain the Food Pyramid as a general nutritional guide if we make a few adjustments to it:

The way viewpoints regarding weight loss and diet have changed over the years is enough to make your head spin. Even the one constant about diet and exercise being the only real way to lose weight has gone through a few revisions.

Reducing calories of course is a major part of losing weight, but when adding in the caveat that not all calories, or carbs, are created equal, it then leads us to further revise accepted notions about eating for achieving a healthy body weight. Expect things to continue to evolve in the future as more data is obtained both clinically as well as from our shared experiences in an ever more socially-connected world.