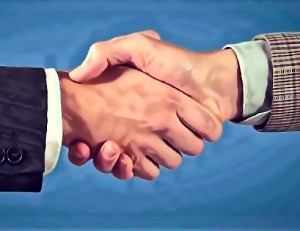 I listed Nutritional Compromise as one of the seven principles of The Practical Carbs Lifestyle. I realize the bombastic title makes it sound like some kind of grand manifesto, but it’s just a collection of reminders (mental cues) that I put together so that I can keep things on track when it comes to navigating my daily routine. This particular principle is sort of my “get out of jail free” card. It serves to keep me from becoming obsessive about the food items I purchase and consume.

Though I strive to eat the healthiest and purest foods I can both find as well as afford, my primary focus is to keep my weight under control. Sometimes, I need to “cheat” a little and purchase food items that are not organic, nitrite-free, grass fed, free range, non-GMO, raw, pastured, etc., etc. It’s not that I don’t think most of the aforementioned items aren’t healthier, but that I’m willing to make compromises when availability, cost, and taste outweigh those benefits; at least to my mind. 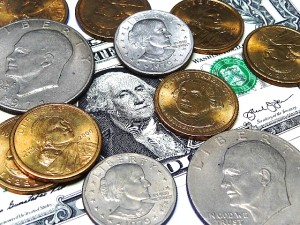 I live in a smaller town where the options for organic food are not as diverse as in urban areas. Most grocery stores now stock organic produce and grass-fed meat and free range chicken. There is an organic store in town now, but I rarely visit since it’s an extra trip and it’s always sticker shock for me at checkout. To be honest, I don’t notice much taste of freshness difference between organic produce and the regular stuff. The main concern when it comes to produce is pesticide use. I’m willing to take my chances with non-organic produce. I realize that washing doesn’t remove every molecule of Roundup or whatever pesticides are on an apple, but I choose to not worry about it. Pesticides and other harmful compounds are all around us, from our drinking water to the air we breathe. 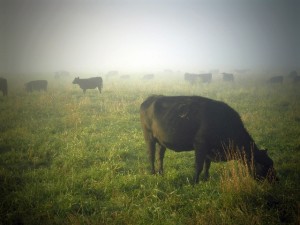 I’ve yet to sample grass-fed beef. The price always keeps me away. In theory, it makes complete sense that grass-fed beef is healthier for us than the feedlot, grain-fed beef that overflows the shelves in the grocery store. What I have been buying recently is locally-produced ground beef. It’s still grain-fed, but the cows are not shot full of antibiotics and hormones. And it tastes a lot better. It does cost a bit more, but still less than the grass-fed beef. I’m willing to spend a bit more for better taste, food safety, and also to benefit local farmers. The same goes for shopping at farm stands and farmers markets. 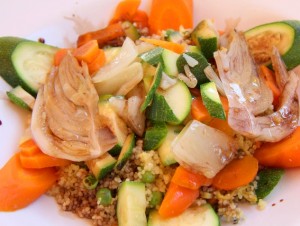 Many people choose veganism more out of ethical concerns regarding the inhumane treatment of animals used in food production than for the health benefits. The same can probably be said about those choosing to eschew GMO food products. There is no scientific evidence that GMO products are dangerous or less healthy than non-GMO products, but personal beliefs and lingering doubt make them a non-starter for many people. There’s no point in consuming food that you believe will harm you. On the flip side of the GMO controversy, there is the very real concern over the undue influence companies such as Monsanto exert on the US agricultural industry with their patented seeds and Roundup pesticide product.

There are also religious laws that regulate what adherents may consume. If you’re a faithful member of a religion with dietary laws, then these restrictions are non-negotiable. I remember growing up when as a Catholic, eating meat on Friday was forbidden. Typically, many Catholic families ate fish. We weren’t big seafood folks, so it was either pizza or pasta night which suited me just fine. It was also a fondness and a habit that took its toll on my weight and health over the years and was difficult to finally break.

When Taste Wins Out 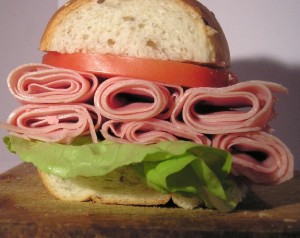 The theme of this post is nutritional compromise, what it means, and when to employ it and as with diet, when and how to compromise with your food choices is deeply personal. Compromise must take a back seat when religious and ethical concerns are at stake. An Orthodox Jew could no more indulge in a shrimp cocktail than a strict vegan could in a 16oz Delmonico steak. The same holds for someone such as me that has worked hard to eliminate processed foods and added sugar from my diet. I will no longer drink a regular can of Coke or munch down on sour cream and onions potato chips – no matter how much I used to love them.

There also comes a point where attempting to be 100% healthy in all your food choices becomes overwhelming and in the end, impossible. The danger with this approach, is that the overwhelm leads to stress and frustration from attempting to be perfect, that it becomes very easy to succumb to the unnecessary pressure and give up. Frustration is a form of stress that often leads to bad things.

Instances of where I compromise nutritionally have already been mentioned. I usually don’t purchase organic produce or pastured meats. I do, however, make sure that the fish I buy – both fresh and frozen – is wild caught. The unsanitary process of raising fish in a pen is the tipping point for me. Why I draw the line at fish and not beef is a good question. Perhaps, the cost difference between the two kinds of fish production isn’t as great as it is for beef, poultry, and pork. 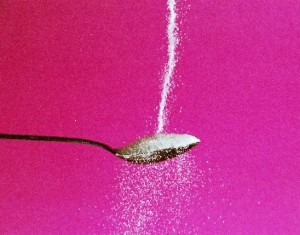 I’m also willing to ingest aspartame artificial sweetener on occasion. I’m fortunate that it doesn’t give me a headache like it does for many others. However, now the Pepsi and Coke are taking measures to replace aspartame in their diet colas with sucralose (Splenda), I’ll probably stop drinking diet soda altogether. Sucralose has been shown to interfere with gut bacteria [1]. This is a nutritional compromise I’m unwilling to make. However, I consume quite a bit of cured and processed meats such as salami, cooked ham, and deli meats such as turkey breast.

Perhaps, I’m foolhardy in choosing to ignore the nitrates and nitrites contained in these processed meats, but since I enjoy them so much, it would leave a pretty big void in my food options if I were to omit them. I rationalize their consumption by acknowledging the fact that humans have been eating cured meats for centuries without much evidence that they have led to shortened life spans.

Some degree of compromise is essential to day to day living. We all lead busy lives and something has to give. Otherwise, we’d just collapse into a sobbing ball of limp flesh on the floor. The same holds for our eating habits. By defining and adopting an outline that guides a healthy eating plan for each of us that also allows some wiggle room; we place ourselves in a much stronger position to follow through with it. The end result is less frustration which in turn leads to less temptation to cheat and which ultimately leads to raging success in the long run.