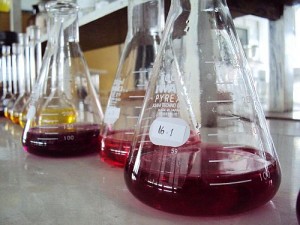 I’m delighted to welcome Rob Rojas as an occasional contributor to the PracticalCarbs.com blog. He’s chosen as his first topic the vexing issue of standardization for herbal supplements. He’s covered this issue previously on his own blog and expands upon it further here. Warning: contains some mild chemistry lingo along with some very basic math.  -Rich Rojas

The greatest advance in the herbal supplements industry has been the introduction of standardized products to the consumer and researcher. The standardization process brings herbal supplements more in line with prescription medicines in terms of potency and consistency. In short, these products typically contain plant material that has been extracted in such a manner as to concentrate the active ingredient(s) to a specific concentration, which in turn, requires verification by various analytical methods.

While great for the consumer, it can be a daunting undertaking when navigating the aisles of your favorite retail store or browsing nutritional supplement sites online. This is because there are often a variety of standardized products for a single herbal product. By way of example, I’d like to take you along with me as I have a look at a one specific herb (Turmeric) and the various products for sale containing it in one particular store near where I live. I think it will be enlightening. 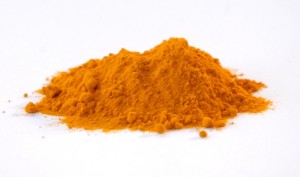 Turmeric is known for its anti-inflammatory properties. It’s also been getting its fair share of press recently for its possible roles in preventing the development of Alzheimer’s disease and for use as an antidepressant. It also happens to have one of the widest selections of standardized forms of all the herbal products in the store that I checked, so a great one to start our investigation with. The active part of turmeric is thought to reside in a class of compounds called curcuminoids and this is what we’ll focus on.

A Dizzying Array of Options 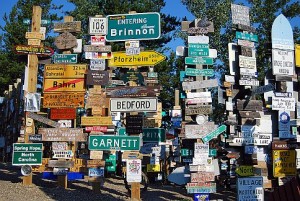 First, we’ll head towards the end of the ‘T’ section, where just beyond the Turkey Tail Mushroom bottles, we encounter our quarry. The first specimen is a Full Spectrum Turmeric with a rather generic looking black and white label. The term Full Spectrum kills me. It’s akin to calling a burrito a “wrap.” In reality it’s just the unprocessed, ground-up turmeric root stuffed into 00-size gelatin capsules. Yes, the same stuff that is in the turmeric spice jar from the supermarket. I reflexively smack my head and then look around to see if anyone was looking.

You can actually see the presence the curcuminoids in the raw spice. They’re responsible for the characteristic yellow-orange color and annoying stains. Typically, the raw spice has 3.14% by weight, curcumin, which is its major curcuminoid. A bottle of 240 capsules of 720 mg each costs a whopping $1.99 which comes out to less than a penny per capsule. Going by the 3.14% by weight figure, one capsule should contain about 22.6 mg curcumin (720mg x 0.0314). But this is mere conjecture, since there is no standardization. Not that the raw spice couldn’t be standardized. It would require that it be tested in the lab for curcumin content and then state on the label the percentage of concentration.

We next come upon a product labeled “Turmeric Phytosome with Meriva.” The first thing that jumps out is a fancier label which dollars-to-donuts is probably going to mean a higher sticker price. Looking at the back-of-the-bottle label, we find that it is an extract standardized to contain 18%-22% curcuminoids. Note that this is not specific for any one curcuminoid, but if we assume the majority is curcumin, this would be about a 67% increase in curcumin content over the raw unprocessed product. Each 500 mg capsule would contain 110 mg curcumin (500 mg x 0.22). Just like the carat system in gold pricing, the higher the curcumin content, the higher the price. It turns out sixty 500mg capsules cost $10.99.

A bit further down, we find ourselves in the high-rent district. A product labeled “Curcumin Complex” presents itself and the back label shows it is standardized to contain a whopping 95% curcuminoids. But wait, there’s a further breakdown: 73-83% Curcumin, 14-24% Desmethoxy Curcumin and 2-4% Bisdemethoxy Curcumin. For this type of breakdown, a more sophisticated analysis must have been required than the previous product, which along with increased curcumin content, is reflected in the price: $17.99 for sixty capsules. Doing the math, we would expect each 875 mg capsule to contain 682 mg curcumin (875 mg x 0.78).

So far things have progressed as one would expect: move down the line of products and one goes from raw (unprocessed-unstandardized) product of approximately 3.14% to 18-22% and then to 73-78% standardized curcumin. The price increases from 2, 11 to 18 dollars a bottle respectively. However, there are two other products lurking in the hinterlands before getting to the Uva Ursi that aren’t following the pattern of increasing curcuminoid content. It’s tough to do much better than 95% curcuminoids.

The products on the outskirts attempt to address a problem with curcuminoids: due to their low solubility in water, they’re not readily absorbed. All that effort by the manufacturer to come up with a product containing 95% curcuminoids in the end offers little benefit to the consumer if only a fraction is capable of being absorbed. That’s why the previous standardized products had either Bioperine or was prepared as a Phytosome. Both formulations attempt to overcome the absorption problem.

These last two outliers are “Advanced Tetrahydro-Curcuminoids” and “Theracurmin.” Advanced Tetrahydro-Curcuminoids is standardized to contain 95% tetrahydrocurcuminoids, which are hydrogenated curcuminoids and theoretically more bioavailable. The cost is $14.99 for sixty 200 mg capsules. Finally, Theramin would seem like an anomaly standardized to a mere 8.5% curcumin and the most expensive at thirty 300 mg capsules for $14.99, however, it’s in a colloidal form which again tries to deal with the low absorption problem.

Hopefully, this little adventure will have begun the discussion of the challenges of standardizing herbal supplements and the attendant confusion it generates for the consumer. Though we just focused on turmeric here, the variations in both contents, concentration of the active ingredient, and perhaps most importantly, the ability of the human body to absorb it, extend to most other herbs. We’ll have ample opportunity to explore these issues with more of the popular herbal supplements in future posts, so please stay tuned!